Carbon pricing is poised to be the backbone of Canada’s efforts to achieve its 2030 greenhouse gas emissions target on the way to net zero by 2050. And that’s good news, because carbon pricing is a cost-effective way to reduce emissions.

But here’s the thing: carbon pricing only works if systems are designed well.

Over the last five months, we independently assessed the effectiveness of federal, provincial, and territorial carbon pricing systems. We found much to admire, as provinces and territories have tailored carbon pricing according to their context and their own priorities. But we also found some design issues that should be addressed to deliver fair, cost-effective emissions reductions.

This blog provides an overview of our findings. It presents three maps that illustrate the differences in carbon pricing design choices across the country, comparing three key indicators.

In general, broader coverage of carbon pricing systems is better. Covering more emissions means that carbon pricing creates incentives for more emitters to find ways to avoid producing those emissions. And consistently applying a price across a broader set of emissions also lowers the costs of achieving targets by making sure all “low-hanging fruit” gets harvested.

Second, some systems deliberately exempt some emission sources. These exemptions may be rooted in efforts to shelter some emitters. They may be legitimate, but make no mistake, they mute the price signal and undermine effectiveness.

To address these two factors, and to compare program coverage across jurisdictions on a consistent basis, we developed a standardized coverage indicator that counts only emissions that are covered in at least one Canadian  carbon pricing system. This approach controls for some jurisdictions having a large share of emissions sources that are not covered by carbon pricing anywhere in Canada, while highlighting emissions sources that have been excluded from the price.

Map 1, below, compares the standardized coverage across all provinces and territories.

No jurisdiction covers all possible “coverable” emission sources, with coverage varying from 69 per cent to 97 per cent. We found multiple emissions sources that are covered in some, but not all, carbon pricing programs. These exemptions and uneven coverage limit the impacts of the price signal.

A second indicator is the “marginal” cost of carbon emissions—the value of an emissions reduction, with a higher value creating a higher incentive to reduce emissions. The marginal cost is essentially the price of carbon. The marginal price signal creates incentives for low-carbon technology or behaviour change, thereby lowering the emission intensity of production or consumption.

Map 2 compares marginal carbon costs, which ranges from $16 to $41 per tonne.

Several factors explain why prices are not uniform across the country:

Finally, a third indicator is the average cost of carbon. The average cost is the total cost paid for all compliance divided by tonnes covered. It affects long-term effectiveness by driving capital decision making related to the costs of ownership and promotes major facility retrofits such as installing carbon capture utilization and storage technology.

Average costs have more complex implications than marginal costs or covered emissions. On the one hand, governments have deliberately designed systems to have lower average costs—while maintaining higher marginal costs—to create incentives for companies to reduce emissions by improving performance, not by shifting investment and production to other jurisdictions. On the other hand, a low average cost mutes the incentive to make the long-term, transformative shifts in the Canadian economy needed for Canada to compete in a carbon constrained world.

Map 3 indicates that the average cost of programs ranges from a low of $4 per tonne to a high of $36 per tonne, with a national average of $17 per tonne:

Map 3: Average Carbon Cost for All Covered Emissions in 2020

The observed differences in the average cost present a few risks. First, the impact on businesses and household income is higher in some jurisdictions over others, raising fairness concerns. Second, the differing average costs across businesses, including large emitters, means that Canada has a domestic competitiveness issue. Finally, as mentioned above, low average costs dilute incentives for more fundamental transformations of Canada’s economy in the long term, especially as other countries move toward aggressive climate policy, levelling the international playing field.

Over time, Canadian jurisdictions should work together to better align and then increase large emitter average costs to be more consistent across both jurisdictions and sectors.

What’s next for carbon pricing in Canada?

Carbon pricing is now a key element of Canada’s collective efforts to decarbonize. Over the last five years, carbon pricing has moved from covering 38 per cent of our national emissions to 78 per cent. But as the systems mature and the global policy landscape evolves, Canada must improve the integrity of its carbon pricing systems. Regional variations across the federation can and should be accommodated, but only if they do not undermine the effectiveness of pan-Canadian carbon pricing, overall.

It’s time for federal, provincial and territorial governments to build on the existing foundation and make carbon pricing more consistent, transparent and effective.

For our recommendations of what governments can do to tune-up carbon pricing, check out our summary report. 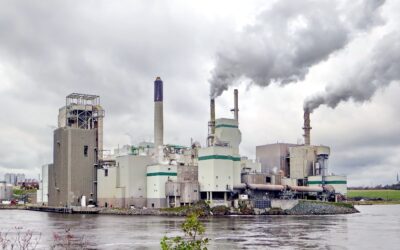 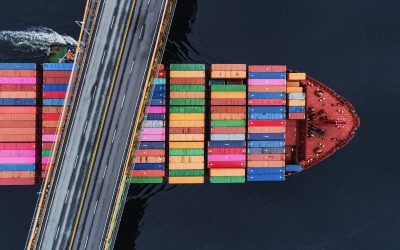