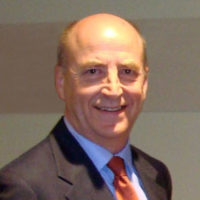 Bev Dahlby is a Distinguished Fellow and Research Director in the School of Public Policy at the University of Calgary. He has published extensively on tax policy and fiscal federalism. In May 2010, Bev was awarded the Doug Purvis Memorial Prize by the Canadian Economics Association for a work of excellence relating to Canadian economic policy. Bev has served as a policy advisor to the federal and provincial governments in Canada on the reform of business taxation, the fiscal equalization program, tax credits for television and film industry, taxation of inbound foreign direct investment, saving non-renewable resource revenues, and programs in support of research and development and innovation. His international experience includes advisory work on tax reform in Malawi for the IMF, in Thailand for the Thailand Development Research Institute in Bangkok, and in Brazil and Mexico for the World Bank.

Bev served on Statistics Canada’s advisory council from 2005 to 2012. In 2010-11, he was a member of the Expert Panel on Federal Support to Research and Development (Jenkins Panel) and the Ecofiscal Commission. In July 2016, he was appointed Chair of the British Columbia Commission on Tax Competitiveness by the BC Minister of Finance. The Commission’s report, Improving British Columbia’s Business Tax Competitiveness, was released on November 23, 2016. In May 2019, Bev was appointed by the Government of Alberta to the Blue Ribbon Panel to review the province’s finances. The Panel’s report was released on September 3, 2019. Bev has a PhD in economics from the London School of Economics.