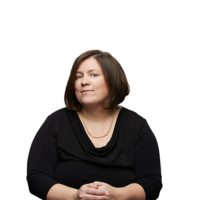 Catharine Tunnacliffe has spent most of a decade working in communications for some of Canada’s most well-known environmental organizations, including Ecojustice and World Wildlife Fund Canada. Prior to that, she was a journalist who worked for a number of outlets, including CBC and the Toronto Star. Catharine has a degree in Modern and Mediaeval Languages from Cambridge University.