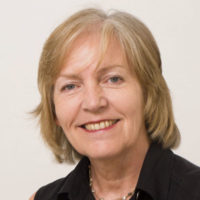 Elizabeth Beale is an economist and held the position of President and CEO of the Atlantic Provinces Economic Council (APEC) from 1996 until her retirement in 2015. She has remained active in Canadian public policy as a commissioner of Canada’s Ecofiscal Commission, associate of the Leslie Harris Centre for Regional Policy and Development at Memorial University and member of the Board of Economic Advisors for the government of Prince Edward Island. She was a member of the Expert Panel on Prioritizing Climate Change Risks for the Council of Canadian Academies in 2018-19. She serves currently as a director of Wawanesa Insurance and the Canadian Maritime Heritage Foundation.

Ms. Beale has been an advisor to government and industry on economic strategies for Atlantic Canada throughout her career, authoring numerous studies on regional development, labour market, and trade topics. She has linked her research interests to active community engagement. Among other appointment, she served as governor of Dalhousie University from 2000 to 2010, director of the University of Prince Edward Island’s research commercialization initiative (Three Oaks Innovation) from 2006 to 2010 and member of the National Statistics Council from 1998 to 2017.

Ms. Beale is a graduate of the universities of Toronto (B.A.) and Dalhousie (M.A. Economics). She resides in Halifax, Nova Scotia.