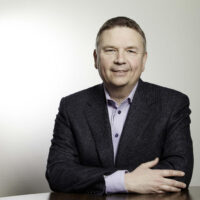 Gordon Lambert has been engaged in business and sustainability in the energy sector for 40 years. From November 2018 to April 2020, he served as the interim CEO of the Alberta Energy Regulator (AER). For 17 years he led Suncor Energy’s sustainability strategy, innovation, and embedding efforts, retiring in January 2015. He played a key role in the design and creation of Canada’s Oil Sands Innovation Alliance (COSIA), involving a globally unique collaboration model, that has resulted in the sharing of 1.3B$ billion dollars of intellectual property to accelerate environmental performance improvement.

In 2015 he was appointed by the Premier and Cabinet to the five person panel that designed the Alberta Climate Leadership Plan. In 2016 he chaired the Alberta Climate Leadership Technology and Innovation Task Force, with 1.4B$ billion dollars in carbon levy revenue being committed to innovation as an outcome. He also serves on the Export Development Canada CSR advisory council and as the Suncor Energy and Sustainability Executive in Residence at the Ivey Business School.

He has an Honours Bachelor of Science degree from the University of Guelph and completed the Executive Program at the Ivey School of Business in 1997.