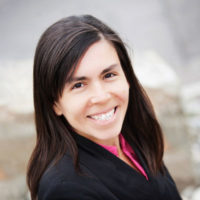 Jimena Eyzaguirre is International Team Director and Senior Climate Change Adaptation Specialist with ESSA Technologies Ltd. An expert on adaptation policy development and implementation Ms. Eyzaguirre was a government policy advisor and analyst Natural Resources Canada and the National Round Table on Environment and Economy between 2005 and 2012. During that time she led several high-profile adaptation projects of national relevance, including a widely-cited study on the costs of climate change for Canada and the first comprehensive Canadian initiative exploring business readiness to confront climate change risk. Advice she helped develop on adapting northern infrastructure to climate change in 2009 was adopted by the Government of Canada. Since 2013, Jimena has contributed to vulnerability and risk assessments, and provided guidance and facilitation services to support the development of thematic (heat health and built infrastructure; agriculture; fisheries and oceans management), regional (Arctic Canada, Caribbean), and national adaptation strategies (El Salvador, Canada). She has helped professional associations tailor outreach to their membership to enhance engagement on adaptation and has contributed to national science assessments of climate change impacts and adaptation. Jimena is also the vice-president of the Canada-Mathare Education Trust, a Canadian charity that provides scholarships to youth from the Mathare slum in Kenya.