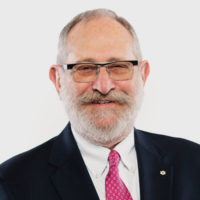 Mel Cappe is a professor, Munk School of Global Affairs and Public Policy at the University of Toronto. From 2006 through 2011, he was president of the Institute for Research on Public Policy. Prior to that, he was High Commissioner for Canada to the United Kingdom of Great Britain and Northern Ireland and served as clerk of the Privy Council, secretary to the cabinet and head of the public service.

Mr. Cappe is Chair of the Boards of the Health Research Foundation and of Canadian Blood Services. He is an Officer of the Order of Canada and recipient of the Queen’s Diamond and Golden Jubilee Medals.