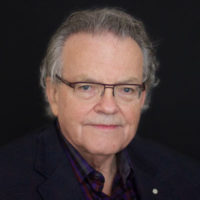 Peter Nicholson’s varied career has included senior executive positions in the banking, telecommunications and fisheries industries, as well as a number of public service positions. From 2003 to 2006, he was Deputy Chief of Staff for Policy in the Office of the Prime Minister of Canada. In 2002-03 he was Special Advisor to the Secretary-general of the OECD, and in 1994-95 was the Clifford Clark Visiting Economist with Finance Canada. Dr. Nicholson was the inaugural president of the Council of Canadian Academies from February 2006 through December 2009. The Council supports expert panels that assess the science that is relevant to issues of public importance. Educated in physics and mathematics, Dr. Nicholson received his PhD from Stanford University in 1969. Peter Nicholson is a Member of the Order of Canada and of the Order of Nova Scotia.