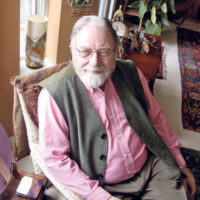 Richard G. Lipsey is Professor Emeritus at Simon Fraser University and a world-renowned economic expert on the theory and policy drivers of technological change. His book Economic Transformations: General Purpose Technologies and Long-term Economic Growth won the Schumpeter Prize for outstanding work in evolutionary economics in 2006.

Dr. Lipsey was Senior Economic Advisor at the C.D. Howe Institute from 1983 to 1989, Fellow at the Canadian Institute for Advanced Research from 2989 until 2002 and a Commissioner with Canada’s Ecofiscal Commission. In 2005 he was awarded the Social Sciences and Humanities Research Council gold medal for distinguished lifetime achievement and in 2011 received one of the three inaugural fellowships awarded by the Canadian Economics Society. He is an officer of the Order of Canada and a Fellow of the Econometric Society.