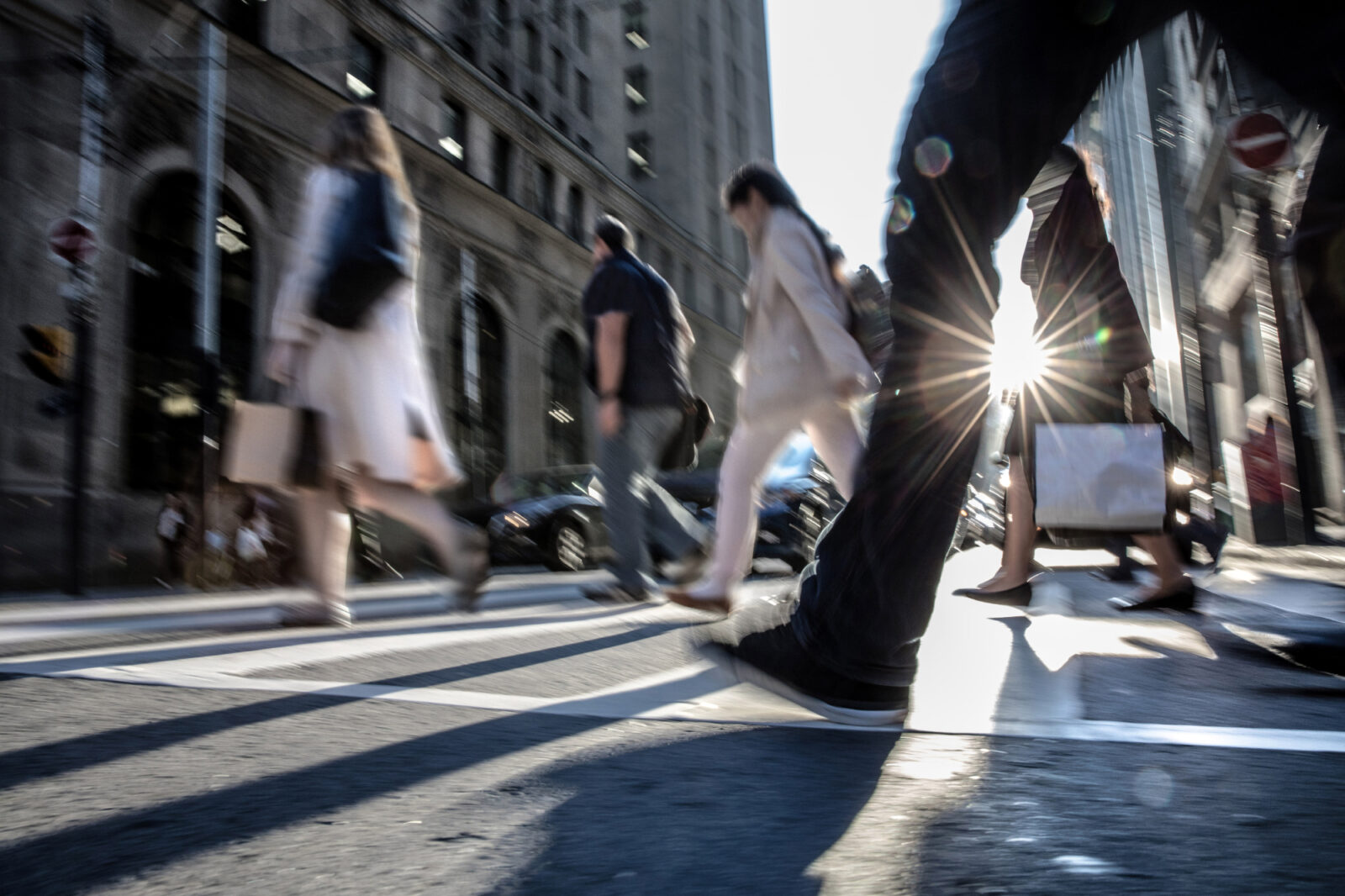 Economic growth underpins the jobs and income that support Canadians’ well-being, as well as the innovation and investment needed to reduce GHG emissions. Within the context of Canada’s goal to significantly reduce its GHG emissions, growing the economy will require both reducing the emissions intensity of existing sources of growth and supporting new sources of low-carbon growth.1 This transition will become increasingly important as the carbon intensity of global trade and investment patterns declines.

At the national level, Figure 1.1 illustrates that Canada has decoupled GHGs from GDP, even though GHG emissions have held relatively constant since 2005. A key benefit of this metric is that it captures GHG progress made relative to economic performance. It provides important context not evident in looking only at GHG trends.

GDP is the most common measure of economic growth, correlates closely with living standards, and is the tax base used to fund government programs that enhance well-being. It is a metric that matters.

At the same time, it is not a complete indicator of prosperity or well-being. GDP measures the total value of the finished goods and services produced within a country for a given year. GDP does not measure other priorities such as jobs, health, or nature. Some activities that increase GDP are the result of a significant loss of wealth or natural assets, such as rebuilding after a wildfire. Rather than dismissing GDP as an indicator, however, we complement it with 10 additional metrics in the following sections.

National numbers on decoupling hide strong differences across provinces within Canada. Prince Edward Island, for example, made the most progress on decoupling GHGs and GDP between 2005 and 2018, followed by New Brunswick, Ontario, and Nova Scotia (Figure 1.2). Newfoundland and Labrador, Saskatchewan and Alberta made the least amount of progress. British Columbia, Manitoba and Quebec ranked in the middle of the pack. 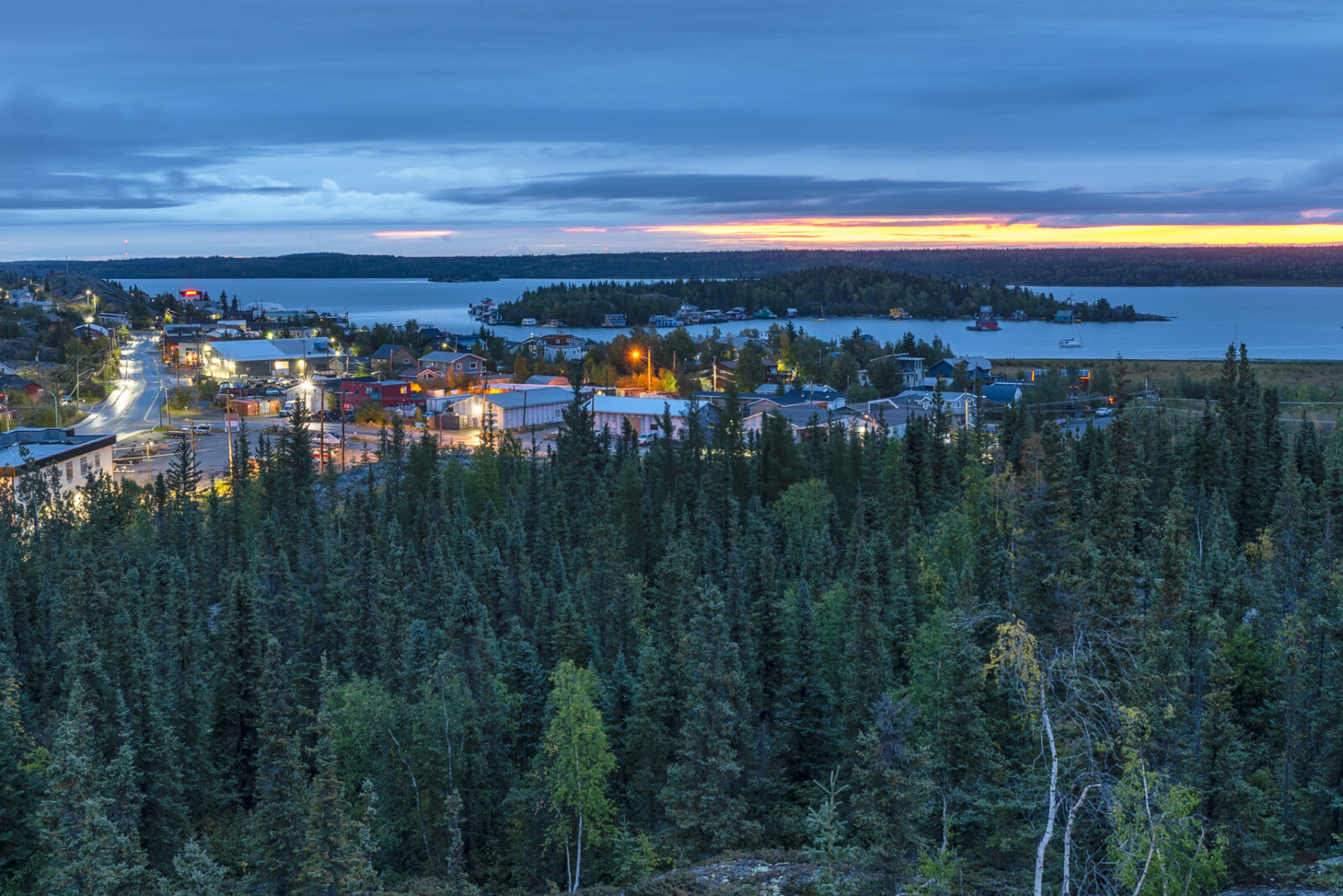 Measuring and comparing progress on low-carbon growth in Canada’s territories—the Yukon, Northwest Territories, and Nunavut—is challenging. The Yukon government, for example, has identified that the national inventory of GHG emissions underestimates territorial emissions because it does not fully account for fuels bought in other jurisdictions. Yukon now develops their own estimates, with data starting in 2009. There are also concerns about the accuracy of GHG estimates in the Northwest Territories and Nunavut. While on a national scale these adjustments are tiny, they make a big difference to territorial decoupling metrics, distorting comparative analyses. We therefore omitted them from Figure 1.2 and Table 1.1 but hope to include them in future reports as work continues to improve estimates.

There is some indication that Canada’s territories are also gradually decoupling GHG emissions from GDP and improving emissions productivity. Given data limitations, however, it was not possible to include them in a direct comparison with provinces (Box 1.1).

While more detailed analysis is required to analyze the specific drivers behind the results shown in Figure 1.2, several regional trends stand out:2

While the decoupling metric can indicate progress over time, comparing emissions productivity of provincial economies provides important insights on the extent to which an economy is tied to GHG emissions (i.e., how much GDP is produced for a given unit of GHG emissions at a given point in time). In 2018, for example, Quebec ranked ahead of other provinces on this metric, followed by Ontario, British Columbia, and Newfoundland and Labrador (Table 1.1). Saskatchewan and Alberta had economies most linked to GHG emissions, followed by New Brunswick and Nova Scotia.

Electricity generation plays a big role in performance on this metric. Provinces that still rely on coal- and thermal-fired power generally perform worse than those with a large proportion of hydroelectric or nuclear power. While it takes time to transition electricity generation, it is not unrealistic within a 2050 timeframe. Oil and gas production is also a significant factor, particularly in Saskatchewan and Alberta. Manitoba’s results are interesting, in that it ranks only fifth on productivity despite its reliance on hydroelectric power. The transport sector is now its greatest source of emissions, with emissions from light-duty gasoline trucks (SUVs and pick-ups) and heavy-duty diesel vehicles increasing 59 per cent and 97 per cent respectively between 2005 and 2018. The province has also seen growth in agricultural emissions, with an increase in direct soil emissions of 63 per cent over the period, likely linked to increased fertilizer use (ECCC, 2020).

Figure 1.3 illustrates that Canada’s economy is more linked to GHG emissions than other developed economies. Canada has a low CO2 productivity score relative to other countries, using both production and consumption metrics. Both the goods and services we produce and those we consume are more emissions-intensive than most other developed economies. However, the differential between the best and worst performers is greater with the production-based approach than the demand-based approach.

The major differences between the best performers and worst performers relate to electricity generation and economic structure. Countries that perform well on CO2 productivity tend to rely more on nuclear and renewable sources of electricity, while poorly performing countries tend to rely on coal or shale oil electricity and/or have significant energy-intensive industry or extractive sectors (IEA, 2019a; IEA, 2019b; WEF, 2019). Differences in climate and population density can also play a role.

Sweden, for example, has led the world in decoupling economic growth from greenhouse gas emissions. While the circumstances of each country are unique, Canada can draw lessons from some of the strategies used. Sweden’s emission reductions resulted from shifting towards low-emitting sources of electricity generation, such as nuclear, hydro, and bioenergy, as well as significant expansion of district heating networks fueled by household waste and wood residues.

These two sectors are mainly domestically focused rather than internationally traded, which may have limited impacts on economic growth. Sweden focused primarily on domestic electricity and heating initially and only later included emissions-intensive industries once the European Union Emissions Trading System was established (Schiebe, 2019). At the same time, Sweden supported low-carbon sources of economic growth by investing heavily in research and development in its clean technology sector (CTG/WWF, 2017).

The data in this section highlight three main ways to achieve low-carbon growth:

Multiple factors underpin these three pathways, and they are all decades-long endeavours. The rate of technological development and adoption, Canada’s trade in low-carbon and resilient goods and services, and investments in enabling infrastructure will all play a major role in whether Canada makes progress (see Indicators #3, #4, #5, and #6). Interactions with other objectives, such as job creation, affordability, ecosystem health, and Indigenous rights and reconciliation will also shape low-carbon growth pathways.

External factors will also influence performance on decoupling Canada’s emissions from its economy. Global and domestic market trends can change investment patterns, create new opportunities, and shift the structure of economies over time. Canada’s oil sector, for example, is facing long-term challenges due to fluctuations and uncertainties in oil prices and demand, combined with international policies to reduce emissions (Leach, 2020; Schumpeter, 2020; BP, 2020; IEA, 2020). These trends may naturally shift the sector towards natural gas or new opportunities in low-carbon hydrogen or geothermal energy.

Some future clean growth opportunities may also not be purely low carbon. Canada’s mining sector, for example, could benefit from increases in demand for minerals and metals needed for electric vehicles, renewable energy, and batteries. Canadian mining companies are already major global players, and Canada has significant deposits of relevant minerals and metals (IBRD/WBG, 2017). The agricultural sector could also offer new opportunities, as preferences shift towards plant-based meat alternatives that have grown eight per cent per year on average since 2010. Canada is already the world’s largest producer of dry peas and lentils (NRC, 2019). To successfully decouple emissions and growth, it could be important to extend the focus on emission reduction opportunities to sectors with significant growth potential. For example, a growth strategy that includes natural gas, agriculture, or mining production would also need to include a plan to significantly reduce emissions associated with those activities.

Statistics Canada has developed a Physical Flow Account for GHG data by sector that conforms with the United Nations System of Environmental Economic Accounting and can be matched with sector-level GDP data (Statistics Canada, 2020). However, the process is time-consuming, and there are important differences between Statistics Canada’s dataset and Canada’s official National Inventory of Greenhouse Gas Emissions produced by Environment and Climate Change Canada (ECCC) for reporting under the UN Framework Convention on Climate Change (ECCC, 2020). The difference was over 44Mt for 2017 emissions estimates. To analyze the linkages between GHG emissions and economic growth in more detail, researchers need ready access to GHG data aligned with the North American Industry Classification System (NAICS) used by statistical agencies in Canada, Mexico, and the United States.

While there is no shortage of data on Canada’s economy, or on greenhouse gas emissions, the two metrics are often not well linked. For example, it is challenging for researchers to compare decoupling performance at the sectoral level, as sectors are defined differently for GDP and for GHG data.

As noted in Box 1.1., territorial emissions data in the national inventory may not be fully accurate, as they do not reflect fuels bought in other jurisdictions. Ideally, ECCC and the territorial governments will work together to improve this data over time to allow for inclusion of Canada’s territories in comparative analyses with provinces.