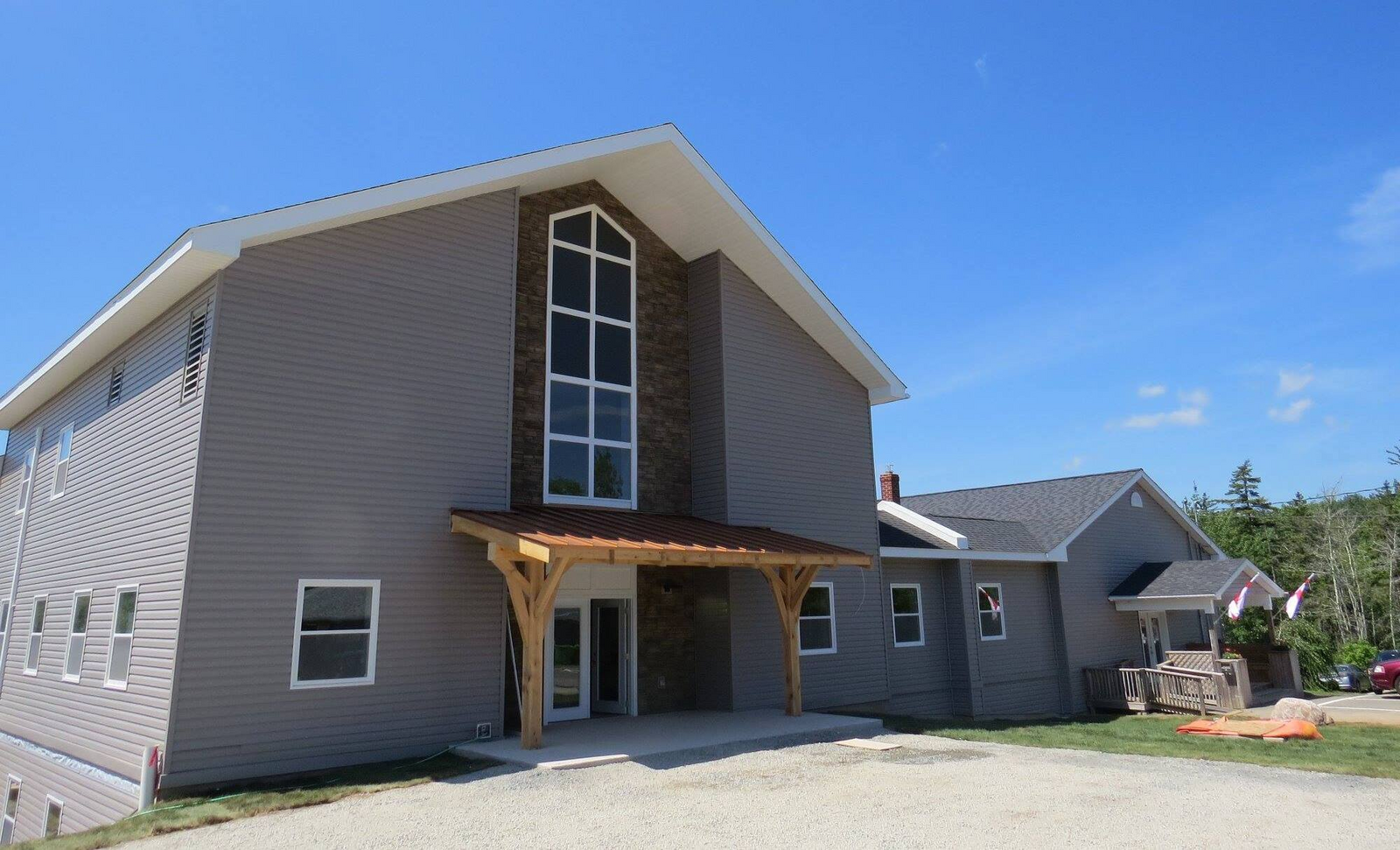 Home retrofits, which featured prominently in the federal government’s recent budget, will play a critical role in reducing Canada’s greenhouse gas emissions. But the grants and subsidies offered to entice homeowners to install heat pumps, seal drafty windows, or add insulation often get a rough ride from economists. When designed poorly, retrofit programs can be an expensive way to reduce emissions. Designed well, however, they can pay for themselves in reduced energy bills, cleaner indoor air quality, and better overall living conditions.

The Mi’kmaw Home Energy Efficiency Project in Nova Scotia is a perfect example of the positive potential of home retrofit programs. The program makes band-owned homes more livable and comfortable, and actively addresses some of the systemic problems with housing in Indigenous communities. More striking is that the program passes a basic cost-benefit test even without factoring in these improvements to health and well-being.

Let’s break down the numbers.

To help Nova Scotia Mi’kmaq communities unlock the benefits of home retrofits, the provincial government (with the help of federal funds) launched a pilot program in 2018 to retrofit band-owned homes, which represent about 80 per cent of all on-reserve houses in Nova Scotia. The Mi’kmaw Home Energy Efficiency Project  is run through EfficiencyOne (an independent non-profit) and offers a range of household improvements—everything from replacing windows and doors and adding insulation to installing fans and heat pumps.

The pilot retrofitted 100 homes and has since been scaled up due to its popularity. The goal is now to retrofit 80 per cent of the 2,400 band-owned homes in the province over the next 10 years. This makes it among the most ambitious retrofit programs in the country.

Putting value on health and comfort

The benefits from the program are big, and some have little to do with climate change.

Perhaps the most important benefit is improving indoor air quality. Retrofits under the Nova Scotia program improve insulation, ventilation, draft proofing, and humidity control—all of which can reduce the likelihood of mold and unhealthy air. With proper ventilation, these improvements can reduce the prevalence of asthma and other respiratory issues, and even improve mental health. Youth, elders, and those with underlying health conditions typically benefit most.

The Mi’kmaw retrofit program has other clear benefits as well, such as greenhouse gas reductions, energy savings, and community resilience. So, how do these benefits stack up against the costs of the program?

Let’s put the improvements to health and well-being aside for a moment. These benefits are real and tangible, but quantifying them is tricky. Each retrofit is unique, with varying implications for health and wellbeing.

With a little back-of-the-envelope math, however, we find that the Nova Scotia retrofit program makes economic sense even without considering those health and well-being benefits. The average cost of a retrofit is between $6,000 to $7,000 and saves the average household $750 each year in energy costs. Each retrofit also eliminates about two to three tonnes of greenhouse gas emissions a year.

Using these ranges and a few important assumptions,[1] I estimate that the retrofit program generates about $1.60 to $5.10 in benefits for each dollar spent (i.e., its benefit-cost ratio) over 25 years. Put a little differently, the benefits from energy savings and from reducing greenhouse gas emissions are two to five times greater than the program cost. Adding improved indoor air quality to the math would only strengthen the case.

The benefits from energy savings and from reducing greenhouse gas emissions are two to five times greater than the program cost.

The more targeted the better

But can all or most of these benefits be directly attributed to the government program? Wouldn’t some households make these upgrades anyway without government help, especially with a rising price on carbon emissions? This refers to what economists call the free-rider problem, which can undermine the economic efficiency of subsidy programs. A 2014 paper, for example, found that subsidies and grants were predominantly taken up by middle- to upper-class households who probably would have made the repairs anyway.

The free-rider problem is clearly not as relevant here, however. Despite improvements to on-reserve housing over the past few decades, the quality of housing is often below that of off-reserve housing in Canada, and over 80 per cent of reserves have median incomes that fall below the national poverty line (see here, here, and here). The reasons for this are complex and beyond the scope of this blog, but there are clear linkages to historic and ongoing colonialism, systemic racism, and discrimination.

Targeting retrofit programs to those needing the most, like the one in Nova Scotia, can drive benefits directly attributable to the program—they wouldn’t have happened without it.

There are also important dynamics in how Indigenous communities manage housing. In some cases, on-reserve houses are owned and managed by the band, where the occupants may not have the ability to make retrofits themselves, or may have less of an incentive to do so if the house doesn’t belong to a family for a long time. While the provision of housing is different across reserves, the Nova Scotia program helps address the challenge of split incentives by providing funds directly to the bands to make retrofits on the occupants’ behalf.

The program is not without its faults. Program funding, for example, can only be spent on physical repairs. A house may get a new heat pump, but there’s often no one in the community with the skills and knowledge to maintain or repair it. A recent review of on-reserve housing by the federal government identified this lack of on-reserve technical capacity as a systemic problem across Canada.

Looking to the future, pairing physical housing upgrades with capacity building could give Indigenous communities more autonomy in how programs are designed and delivered. Better partnerships between communities and the corresponding government departments can help support greater skill-building and resilience (especially in remote communities). Future initiatives could also benefit by partnering with existing Indigenous programs, like Indigenous Clean Energy’s “Bringing it Home” initiative, that focus on capacity building.

In stark contrast to the economists’ skepticism toward retrofit programs, the Nova Scotia program demonstrates an important truth: targeted programs can make economic sense, even without considering the less tangible benefits to health and well-being. As governments look for low-hanging-fruit options to reduce emissions, scaling up more targeted programs like Nova Scotia’s in other communities—Indigenous and non-Indigenous—could deliver big benefits on multiple fronts.

[1] In my calculations, I assume these benefits extend into the future for 20 years. I assume, for example, that the cost of each additional tonne of greenhouse gas released into the atmosphere matches the federal government’s planned increase in the carbon price. According to this plan, the cost of carbon will rise from $40/tonne in 2021, to $170/tonne by 2030, and stay at that level to 2040. I also assume a discount rate of 8% for the low estimate and 3% for the high estimate. 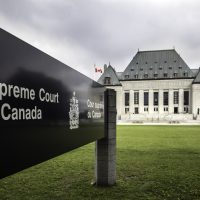 I’m a climate researcher and COVID-19 has me thinking about buying my first car. 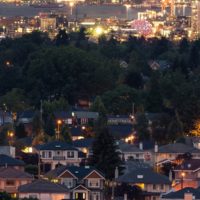 Building a greener Vancouver, one house at a time 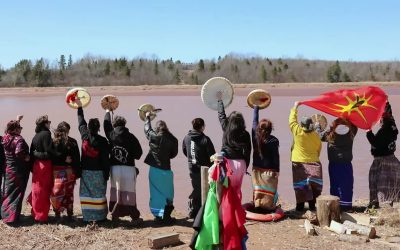 Indigenous, Black, and other marginalized communities will be hit first and worst by the impacts of climate change