This blog is a companion piece to our report, 11 Ways to Measure Clean Growth.

Plans and planning went out the window in 2020. A pandemic and a global recession have thrown the present into chaos, and planning for the future, much less predicting it, seems impossible.

But the future hasn’t gone away. As businesses and governments start to move past triage mode, they see dual crises ahead: the short-term economic crunch, and the long-term crisis of climate change. Climate change is increasingly influencing markets. If Canada fails to keep up our economy will suffer in the years ahead.

How can we reset our economic compass towards solutions that meet near-term needs while also planting the seeds for future success? It starts with defining what prosperity means in the age of climate change. We want economic growth, as a source of jobs and income for Canadians, and the anchor for quality health, education, and social-support systems. We also want inclusive growth, where Canadians across the country benefit. There are important tensions and shared opportunities that connect these objectives to climate change. Using data to explore these connections can provide some tangible insights.

For example, the increased frequency and severity of climate-related disasters can undermine growth. The Canadian Disaster Database shows a steady increase in the costs of floods and wildfires. The 2013 floods in Alberta and Toronto and the 2016 wildfire in Fort McMurray were Canada’s costliest natural disasters of the past 20 years. Money spent by governments, insurance companies, and businesses in compensating victims and repairing damage could have been spent on growing the economy rather than repairing it. Moving forward, building infrastructure that is resilient to a changing climate—and the extreme events that come with it—can pay big dividends by avoiding these costs.  This requires thinking about the future as investments are made today.

The data shows that Canada has already begun to do exactly that. Five provinces managed to decrease emissions while growing GDP between 2005 and 2018. Nova Scotia, for example, grew its economy by 14 per cent over that period while reducing emissions by 26 per cent. The remaining five made progress in slowing emissions growth relative to GDP but have not yet “bent the curve” to fully decouple emissions from growth. Accelerating these trends will improve Canada’s chances of prospering through changing global markets and investor preferences.

Where then will the next wave of low carbon growth come from? And where do challenges lie? Economic and trade data provide some clues.

In 2012, for example, exports of “environmental and clean” technologies and products were around $9 billion. By 2018, they had grown to almost $12 billion. If this growth rate continued to 2050, exports could reach $37 billion. While this is substantial, it pales in comparison to the $90 billion in oil exports Canada had in 2018. Canada could get an additional growth boost from sectors that are not purely “clean.” In the transition to renewable electricity and electric vehicles, for example, certain minerals and metals will be in high demand. Canada is already benefiting from increased trade in these areas, and there’s opportunity to grow further.

Where growth happens will be just as important as how much growth there is. Ontario, Quebec, and British Columbia account for around 80 per cent of environmental and clean technology GDP and trade. But these are not the regions facing the greatest risk to growth and jobs from the global low-carbon transition. Alberta and Saskatchewan’s economies are most closely linked to greenhouse gas emissions, and Newfoundland and Labrador have struggled to separate emissions growth from economic growth. For climate action to work, we need to accelerate low-carbon growth across Canada.

Tracking the data isn’t enough of course. Government policy will be critical to accelerating progress. Decisions made over the next few years will determine whether our economy is prepared to thrive through global low-carbon transition and a changing climate. Targeted investments can help overcome barriers to technology development and low-carbon growth. Continuing to expand climate policies that drive technology adoption and demand for low-carbon goods and services can encourage private investment in areas that support long-term prosperity.

The COVID crisis had a hard lesson to teach about planning for long-term: a little foresight could have avoided the worst costs of the shutdown and the recovery we’re wrestling with now. It’s sobering to think that COVID-19 is not the worst virus that could have hit us, and it’s a near-certainty that the seeds of the next pandemic are already brewing somewhere in the world.

Some aspects of climate change are also uncertain, but we know enough today to identify and track key aspects of Canada’s resilience to future shocks. We don’t have the luxury of waiting for a “good time” to address climate change. Now is not the time to pull back the throttle. Instead, governments can use data to focus efforts on areas where accelerated progress can achieve both economic and climate objectives. 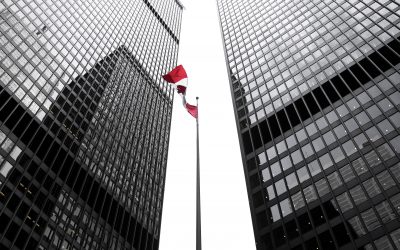